The Scottish Life Science awards is one of the largest events in the scientific industry and definitely one you want to have scheduled into your calendar. Whether you’re a nominee, a recruiter or simply looking to network, attending the awards is a tremendous opportunity to explore the current talent pool. A nomination at this event is a great way to have your company name recognised.

Roylance Storage were fortunate enough to be shortlisted for the ‘Rising Stars: Extraordinary Talent’ category. An outstanding achievement for the team, we were all extremely proud to have received this admission.

Roylance Storage was founded in 2016 with the partnership of Marieanne Miller and Benedict Roylance, from there the company has gone from strength to strength.

The event was also a great networking experience with hundreds of attendees within the science industry; some recognisable faces along with young apprentices who were welcomed into the industry.

With over seven hundred guests, it was pleasurable socialising with such a vast network of professionals throughout the evening. As the night progressed conversations were flowing, and many attendees began discussing topics relating to their specific work. Proactively attending events such as the awards remind professionals the important of networking and making connections with others who can provide useful information. The efficiency in which the event was run could not be faulted, and the food was also exquisite.

Videos playing from each nominee was enlightening and it was great to see so many achievements within the industry; showcasing each company doing its piece for the science sector. Our short film was an apparent highlight for us, it was something we were extremely proud of.

We were undeniably shocked when Roylance Storage were named as the winners of the ‘Rising Stars: Extraordinary Talent’ award, we felt elated, honoured and humbled.

The event was a privilege to attend especially in such respectable company. Winning was extremely rewarding and provided us with immense gratitude. Validating Roylance Storage for the hard work, dedication and commitment was noted and we couldn’t be prouder.

Overall the event was a fantastic success and we’re looking forward to next years. 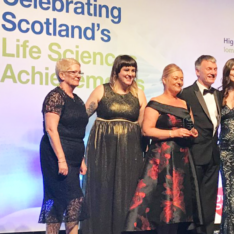 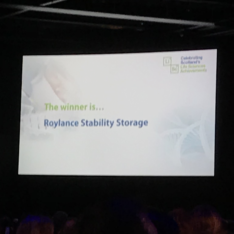 Roylance Pharma are the Stability Storage specialists, whether it is out-sourcing your sample storage,
equipment, validation or a service contract Roylance Pharma have you covered! A DAY IN THE LIFE OF A ROYLANCE ENGINEER

Roylance are committed to top quality servicing and work closely with our clients and engineers to ensure a close-knit, ongoing relationship. Engineer Simon Kerfoot gives a glimpse... What does a typical day look like for you? I get up and have a cup of tea to myself before I wake my son up, I drop him off at his Grandmas and head to work. Every day at work is ... 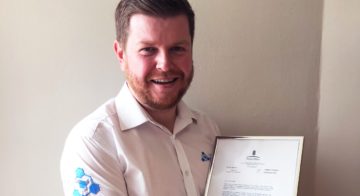 We are pleased to announce that Roylance Storage facility has just received its Controlled Drugs Licence from the Home Office. This licence allows us to store any schedule 1 to sch... 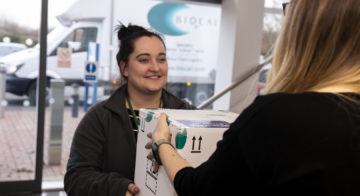 Biocair is a global specialist in life sciences logistics, bringing pharmaceutical professionals and scientists the assistance they need to guarantee their supply chain. The partne...